Ho! Ho! Ho! Christmas is on the way with all its glory. This global festival is celebrated all over the world, regardless of the race and religion. Days, even months before Christmas, cities all around the world dress up for the holidays in the brightest of lights. The streets and lanes don’t just transform into twinkling wonderlands, but also bustle with live music, parades and festivities. While every country celebrates Christmas with gusto and fervor, some places manage to stand out. Here is a comprehensive list of ten places that celebrates Christmas in the grandest way possible. 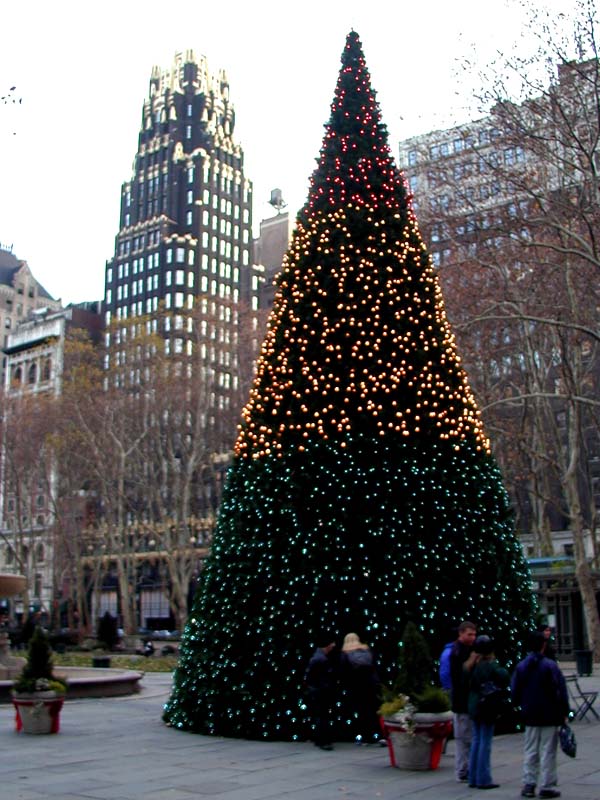 New York will always be on top, or in top ten lists when considering the places with the most splendid Christmas celebration. And no, we are not talking just about the Rockefeller Center that houses the most world famous Christmas tree. While there is no denying that Rockefeller Center is the centerpiece of New York, there are hundreds of other places (no exaggeration here) that you can check out.  The stunning decoration of the city looks even more beautiful when snow falls on them. Besides, the posh neighborhoods Manhattan, Queens, and Dyker Heights also put elaborate displays and shows during the Christmas. To cut short, everything is beautiful and worth witnessing in New York during Christmas.

This must have surely come as a surprise to most of you, but Puerto Rico celebrates Christmas in a grand way. Puerto Rico follows unique Christmas traditions, rituals and traditions that may be unknown to most of you. Despite being miles away from Santa’s home and experiencing warm climate, the Christmas celebrations in Puerto Rico begin as early as 30th of November and goes on until 6th January. You won’t receive the traditional eggnog here, but will undoubtedly receive ‘coquito’,  rum and coconut based drink. The cuisine is slightly different here. Yes, you will get traditional Christmassy food, besides the seasonal Puerto Rican holiday food like baked pork shoulders, and spice and meat-filled pastries. Forget the sledding for a while and go surfing on the golden beaches of Rico. 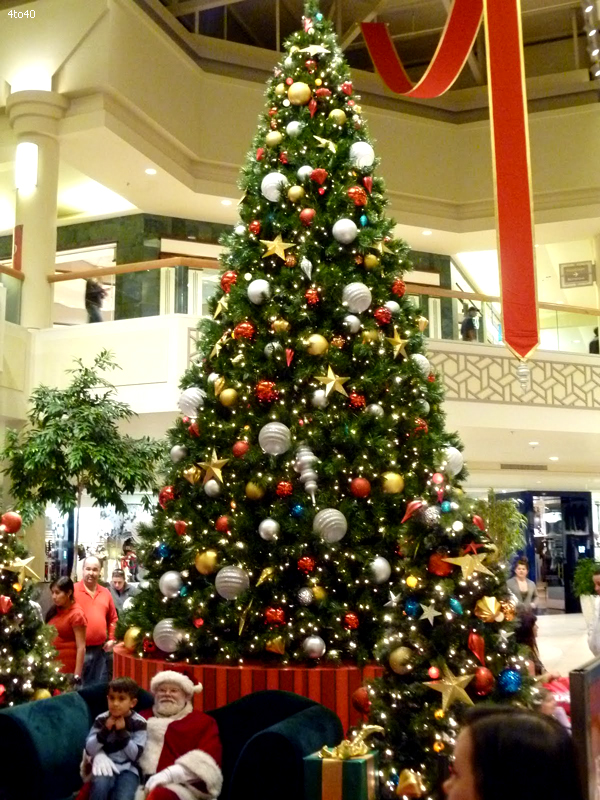 Santa Claus, more fondly known as “America’s Christmas Hometown” is another place that actively participates in Christmas. We particularly loved the Santa-themed attractions and Christmas shops like the Santa Claus Museum, and the Santa’s Candy Castle (yum). One of the cutest facts about this place is that the United States Post Office has been sending all the letters addressed to Santa to this location since 1914. And can you guess who answers to these letters? No, not Santa Claus, (how we wish it were him) but his group of elves. 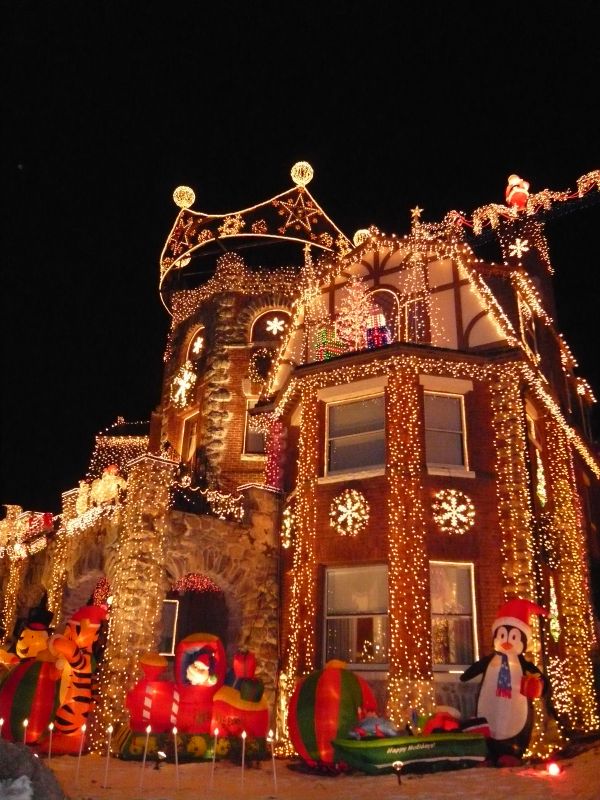 Boston comes alive during the Christmas! Don’t believe us? Then try visiting this place during the holidays. It looks like holiday postcard from the 18th and 19th century. Boston follows the old school England theme for the Christmas. The 18th century holidays of England still lurks in every nook and corner of the place. White lights wrap the trees on the shopping streets and the churches and buildings dazzle like diamonds. The best attraction of this place is the Christmas tree in front of the Faneuil Hall. And pay a visit to the Stone Zoo here to see the overwhelming light show. And you are indeed lucky if you can witness a dusting of snow here. 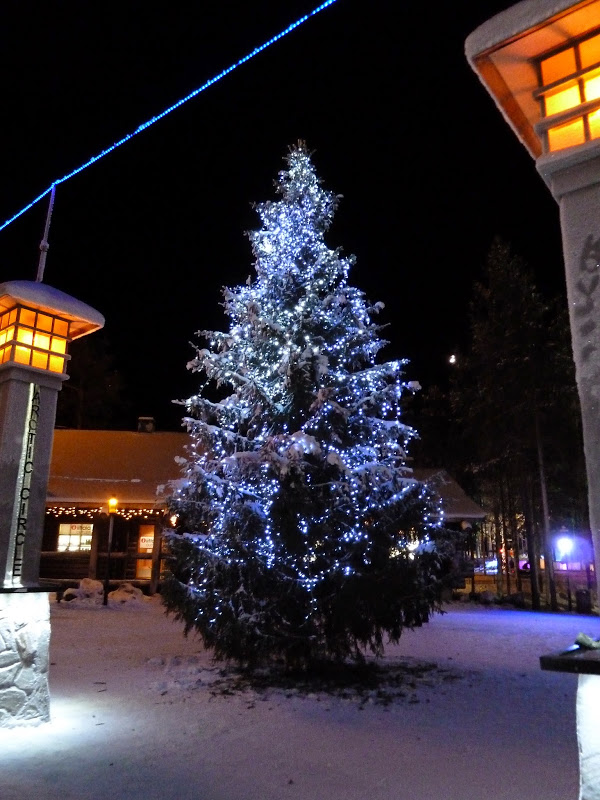 Napapiiri claims itself the Europe’s Christmas capital. Any idea why? Because it is, Santa’s actual base of operations. Just like the Santa Claus town in Indiana, Napapiiri also has hundreds of Santa-themed attractions, Santa Park, and even Santa Claus villages. The places draw thousands of visitors every year, also because of the Santa’s workshop offered by the site. You can also purchase some of the Santa Claus’ merchandise here. But the best part of the trip is encountering real reindeers and visiting the majestic Santa Claus in his red suit. Even Napapiiri has a Santa dedicated post office. And whenever you feel that you have had too much of Santa, then you can head to Rovaniemi, a nearby city. The place offers a wide range of holiday delights. 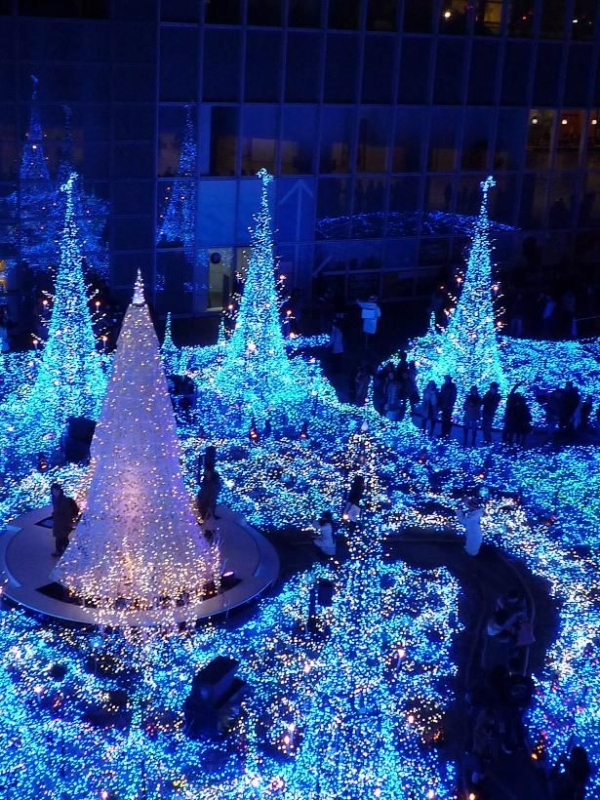 Tokyo looks exceptionally beautiful during Christmas. If we go with tradition, celebrating New Year is more important than Christmas in Japan. But when non-Christians embrace Christmas with so much enthusiasm, a spectacular display of lights and decoration is bound to happen. Or you can say Tokyo gets a Yuletide makeover. Whatever it may be, we absolutely love Tokyo during Christmas, especially since it comes from a non-Catholic nation. As for the Christmas feast, do not forget to indulge in fried chicken and sponge cake topped with strawberries and cream.

Not just one particular town or city in Germany transforms into a winter wonderland, the whole country makes merry during the holidays, and why wouldn’t it be, after all Germany is home to the oldest Christmas market. No wonder Germany is Europe’s most festive destination during Christmas. The Christmas market is Dresden dates back to 1435. Wow! The Winter Festival of Tollwood, the hugely popular Christmas market in Berlin located in the Charlottenburg Castle and the huge Marienplatz market in Munich, are the most popular attractions to visit in Germany. Besides, don’t forget to binge on the delectable spiced gingerbread and a hot cup of Gluhwein here. 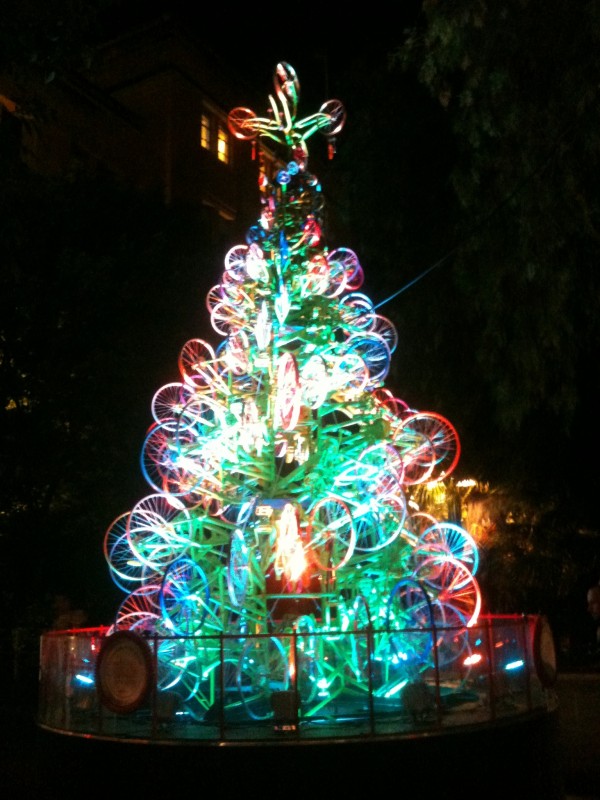 The country that is famous for having not one, but two Santas, it’s no wonder that it celebrates Christmas in one of the grandest ways. The capital of Belgium shimmers in Christmas lights during the holidays, making it one of the best times to explore the region. The Brussels’ Christmas market, the ‘Winter Wonders’ is voted as one of the most genuine and original Christmas markets in Europe. The market features two kilometers of stalls, an ice rink, a giant Ferris wheel, a fairground and the Grand Palace. The market also houses a Food Plaza, where you can enjoy delicious Belgium foods like croustillons, donuts, Belgium waffles and Belgium chocolates.

There couldn’t be a more traditional way to spend Christmas than visiting Bethlehem, the birthplace of Jesus. Bethlehem is the center of all the nativity scenes worldwide. Thousands of pilgrims visit Bethlehem every year and gather at the Manger Square to attend the midnight mass at the Church of Nativity. It is the spot where Jesus was born. Not just Catholics, but people of all religions take part in candle parades, live music, and carol singing. No other place in the world can match your experience in Bethlehem.

The excellent ski resorts, the snow, blanketed The Alps, Switzerland was truly made for Christmas and of course winter. Besides checking out the Christmas markets of Lausanne, Vevey, and Geneva, you must also explore the glittering Lake Geneva here. The mountaintop Christmas in Monteux village hosts Sanda Grotto and is also home to a reindeer park. Another place that you mustn’t miss here is the longest street in Europe. The street illuminates with Christmas decorations. Do not forget to pack a few freshly made Nidelzaltli toffees to munch while you tour the country. And is a spectacular view is what you are looking for, and then check out the Mt. Pilatus Christmas Market located at 2133 meters from the land.

The holiday traditions may vary from country to country and region to region, but the warm Christmas sentiments remain the same. So zero on any of these places and start packing. Do not forget to share the trip images with us.