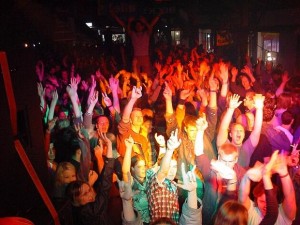 Christmas is the time that brings us opportunity to be more united to our family, friends and even to someone we didn’t totally known by means of celebrating it with joy and happiness within our heart. Christmas party is the most common activities that we do during this season. It can be Christmas party for students, for business related party, family and relatives Christmas party, for friends and many more. In gathering this kind of party, it requires a thorough planning if you want your party be successful and surely give guest a good time.

During parties, party organizer don’t forget to introduce some games for both kids and adult because of the fact that party without games is incomplete. And that’s why this is one of the most considerable activity in a party and also, it makes the whole party more exciting and enjoyable.

Games also enhance every guest’s fun spirit in order for them to be engaged and active for the entire gathering. So that’s why, we can also say that games is also one of the important ingredient in a enjoy and exciting party. Same with Christmas party, we should also don’t forget to introduce some Christmas games to bring more fun and excitement for each and every one.

If you are looking for some ideas and examples of games that can makes your Christmas party more interesting that are especially formed for Christmas, you can consider some sorts of thoughts underneath.

Note: You can assign some people to judge those wrapped gifts or maybe use the audience or the other guest’s clap as the basis in determining the winner that receives the prizes.

This is a simple game that you can play during your Christmas parties, it just like wrapping a Christmas gift but the difference is, the players are wearing a blindfold that makes the competition among the players be more exciting and enjoyable. As old rules, the player that firstly wrap the gift with a better result among other declare as the winning player that receives the reward.

Note: As possible, the gift wrapper should already cut exactly suitable for the box that will wrap by the players in order to avoid harmful incident in using scissors in cutting those  while in blindfold.  Also, game planner can also already put the prize inside the box then just give it to the winning player.