We’re kicking off the list with a game that includes drinking, which will automatically make it an adult’s favorite. To play this game, you’ll have to purchase the board game first, and we assure you it will be worth every penny. It includes some fun rules, such as Bob Dole, where you have to refer to yourself as a third person and lucky ducky, where the participants have to quack before speaking or drinking. We think it’s a great game to relive the college years.

This group game for adults will bring out the jolly hidden in all of us. Divide the players into teams of two. The game is pretty simple as the participants just need to pick a card from the ‘If the hat fits” deck of cards, which the hostess can print out. The first one will tell the participant what character they’ll enact. Then they need to pick another card from the ‘set the scene’ deck, which will tell them about the scene they’ll have to act. Here’s the fun part. The duo has to enact a scene by following the improvisation rule, ‘never say no’. Wait and watch as the scene takes hilarious twists and turns.

This fun Christmas version of What’s on Your Phone will have the guests foraging and browsing their phones to find Christmas related photos, texts, songs and more. Divide the participants into teams of 6 players and hand over each team with the printable and pen. Alternatively, you can let the participants play individually as well. Each team or player has to search his or her phone for Christmas related stuff. For each item, they’ll get a point. The person or team with the most points will win the game.

To play this game, you’ll have to provide loads of wrapped gift boxes and bags of various sizes filled with jingle bells to the participants. Place a card table at the ends of the room- it will be the starting and end point of the game. Place the gift boxes on the starting point and select a hub manager, who’ll be in charge of the delivery of the boxes.  One by one, the teammates will try to pick as many packages as they can and delivery at the other end of the table. The dropped packaged cannot be retrieved by anyone, except the hub manager. The team that delivers the most packages will win.

This game is basically a variation of popular Halloween game, where you have to put your hands in a box filled with spaghettis. It’s a pretty simple game where you have to put random stuff in the stocking, something related to Christmas and the participant has to guess the content. If you want to involve drinking in this game, you can have the participants take a shot if they’ve guessed the content right and two shots if they have guessed the content wrong. Alternatively, you can pre-stuff the stockings and write cryptic clues with holiday references to make the task easier.

This is one of the funniest Christmas party games for adults in our opinion and you can understand that by just looking at the picture. You’ll need a large panty hose and loads of colored balloons to play this game. Divide the participants into equal teams and give each of them a pantyhose and balloons. The goal of the game is to create antlers that look like the picture above. The team that makes the longest antler will win.

This game can either be a relay or one on one competition. Provide each participant or team a bowl full of stuffer or goodies, such as trinkets, a Christmas stocking, and a spoon. The players have to stuff the stockings with the materials provided using nothing but the spoon. Yes, they cannot stuff the stockings using hands. The one who manages to do it fastest will win the game. 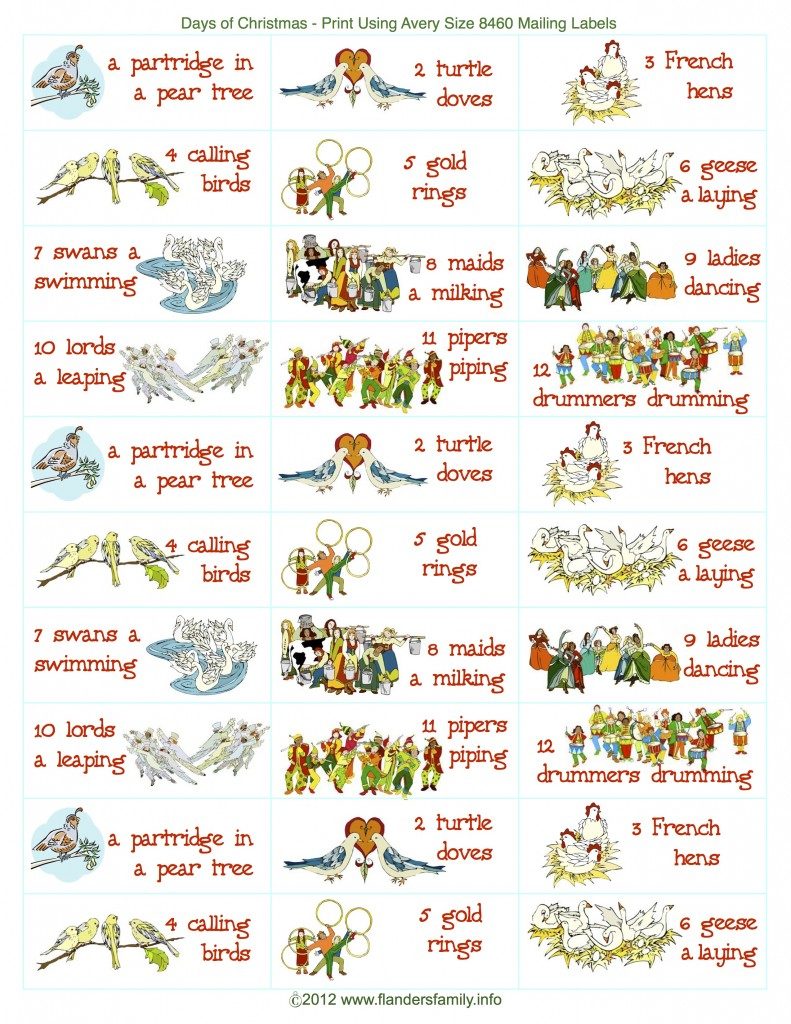 If your guests are outgoing and just love singing carols, as we do, they’re sure to enjoy this Christmas sing-a-long surprise. People will laugh their hearts out hearing the faster version of the famous carols, “The 12 Days of Christmas”.

This one’s sure to get everyone cracking. Divide the participants into teams of 2 to 4 players and let the team select their snowman. The rest of the teammates will be builders. The objective of the game is to create funny and ridiculous snowmen by wrapping the teammate with toilet paper. The teams must be provided supplies for making the nose, muffler and so on. Reward the teams for making the most pathetic, most realistic, and best use of object categories. If you want to make the game even more competitive, put a time limit.

We’ve got a funny ice breaker game for the awkward adults- Christmas Connection. There’s a link to the printable, which also includes the instructions on how to modify the game for big, small or medium groups. Distribute the printable to each person and instruct them to collect one signature per line when you say ‘go’. If the team has 8 to 15 people, do not allow more than 3 signatures from the same person on each, if the group has 15 to 40 people, do not include more than 2 signatures of each person.

When your guests arrive, give each one of them a page that has ten Christmas stickers. The guests have to get rid of the stickers by sticking on someone else. But there’s a catch. They can use just one sticker on each person. If they are caught while putting a sticker, they have to take the sticker back. Furthermore, if someone accuses you falsely of putting sticking, you are free to automatically put one of your stickers on them and they can’t refuse. The first player to get rid of their ten stickers will win the game.

Divide the participants into two teams and make each of them face one another. A player from the first team has to ask the player from another team a question. The question can be anything from funny to serious to downright hilarious. The teammates have to keep a straight face while answering the question. If they laugh or smile, the other team will get a point. The first team to score ten points will be the winner.

To play this game, you’ll have to supply each guest a magic marker and a plain white paper plate. Make the guests put the paper plate on top of the head and tell them to draw as you read out the instructions. The instructions to include:

Here’s another Christmas game that will crack everyone up. You’ll need to do a few preliminary preparations before playing this game. Get hold of a few tissue boxes and load it with 12 jingle bells. Attach to the waist of the participant using a belt or strap and let the game begin. The objective of the participants would be to shell out the jingles from the tissue box without touching. Basically, they have to prance or dance and get all 12 jingle bells out of the box.

The rules from North Pole Two by Two game are simple. Make the participants stand in two parallel lines facing each other and give each of them a paper with a North Pole animal on it. The job of the hostess would be to give matching pieces of paper to each player in the opposite line. When the hostess or host says go, the players have to act like the assigned animal. For example, if they get the picture of a penguin, they have to waddle, flap their wings and stomp their hooves and try to find their mate. They cannot talk while playing this game.

This classic game isn’t just funny, but also a crowd, please. The host has to write a pretty long story that must contain the words ‘left’ and ‘right’ many times. For instance:

Now make the participants stand in a circle, each holding a wrapped gift. As the host reads out the story, the players have to pass the gift they are holding in that direction each time the words ‘left’ ‘or’ right are read. The players get to keep the gifts even after the end of the game.

This game is a perfect example of creating something fun out of nothing. The game isn’t just holiday appropriate, but will also help you get rid of the excess fruitcake present in your fridge. Give each participant a large slice of fruitcake and set a time limit. The first player to finish it within the time limit will win the game.

In Bite the Bag, you need to place a paper bag on the floor, upright. Now tie the hands of the participants and make them bend over and pick up the bag with their mouths. Sounds easy, right? Actually, it isn’t. They have to balance only on one leg, which makes this game both difficult and funny, seeing the participants tumble down. After each round, trim an inch off the bag, making the game tougher and more fun. Alternatively, you can make the participants pick up the bags using different body parts other than mouths after each round. To add some thrill and motivation, put some goodies inside the bag.