India is a land of ancient civilization, culture and literary heritage. Due to the British presence in India for over two centuries, English literature also received a big boost. Over the years, the country has produced a large number of renowned novelists and writers. Some of them have won international literary awards like the Booker Prize and Pulitzer Awards. A few of the great Indian novels that make the finest Christmas gifts are listed below:

The God of Small Things by Arundhati Roy

This most important novel by Arundhati has won national and international acclaim. It bagged the 1997 Booker Prize. The gripping tale is set in the traditional society of the Southern Indian state of Kerala. Two key characters are the young Rahel and Esthepa. They recollect the common and uncommon experiences of their childhood. They are part of a rather dysfunctional family. The writer captures various human emotions like love, betrayal and family ties in a highly literary and absorbing style. Roy also includes her oblique commentary on the political and social scenario of India and boldly deals with issues of caste, creed and class discrimination.

This novel was written by the popular and well-known writer Amitav Ghosh. He is a Padma Shree Award winner for his literary contributions. The novel ‘Shadow Lines’ is a gripping   and innovative story about the boundaries that restrict our memories and imagination.

The narrator of the tale is shown as attempting to juggle around with events and memories from the past and present to find vital answers to life. The style of narration is thus not linear.  Various historical events like the Indian freedom struggle, the Second World War, and the Partition of India are regularly referred to. The book richly deserved the highest Indian literary award, the Sahitya Akademi Award in 1989.

Anta Desai is a well established Indian writer in English. Her novel ‘Fasting, Feasting’ was among the shortlisted works for the 1999 Booker Prize. The novel depicts the intricacies of the patriarchal system of family that is deep-rooted in India.

The story is set in a small Indian town and presents the life of an old and grey-haired spinster called Uma, whose life is totally controlled by her parents, especially her father. The story is typical of many girls in traditional families who are overburdened with family responsibilities. They sacrifice their personal dreams and aspirations. The author treats the conflicting issues of family principles, cultural values and individual ambitions very sensitively.

A Suitable Boy by Vikram Seth

This is a mammoth novel by Vikram Seth and published in 1993. It won the 1994 Commonwealth Writer’s Prize. Running to nearly one thousand and four hundred pages, ‘A Suitable Boy’ is one of the longest Indian novels brought out so far. The basic story is about a mother who is on the lookout for a suitable boy to marry her daughter Lata. It is set in the post-independent India. The novel is a heady mix of love, romance, family ties and political events.

Train to Pakistan by Khushwant Singh 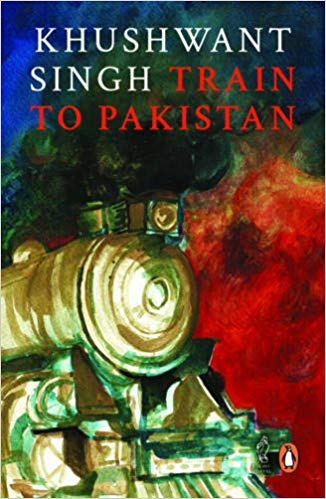 This is a historical novel that revolves around the momentous events that linked with the partition of India and formation of Pakistan in 1947. It is the story of the people of a village that lies on the border between the two countries. Singh uses his great skills of storytelling and character development to great effect to create a gripping novel. In the midst of all the conflict, unrest and violence, the writer appeals to the readers to adopt a more humanitarian view of life. He tries to present an objective and non-partisan stand in treating such sensitive social and political course of events.

The Immortals by Amit Chaudhary

This novel by a well known contemporary Indian writer Amit Chaudhary is set in Bombay (now called Mumbai) in the 1970s and 1980s. It depicts the fortunes of two families who are associated with music. Since the writer himself is a talented musician, he succeeds in presenting the story in a very convincing and authentic manner.

The main characters Shyam Lal, whose father is a singer. He teaches music to earn a living and look after the family. The way different characters view music and its relevance in life are well brought out by the author. Anyone who is fond of music will enjoy this novel thoroughly.

The author Aravind Adiga published this novel in 2008 as his maiden venture in the field of fiction and took the literary scene by storm. It went on to win the Booker prize.  The story has a curious setting. The main character Balram Halwai, narrates his life to Wen Jiabao the Chinese Prime Minister! The story narrates how the protagonist, born to a poor rickshaw puller, becomes a chauffeur in Delhi. He moves to Bangalore after committing a crime and then becomes a successful businessman. The fast and gripping narrative will keep the readers hooked to the book till they finish reading it.

This is the second novel by the author whose debut novel was the sensational ‘Shantaram’.  The book is inspired by the author’s thrilling experience of living in a slum in Mumbai. It is a very successful attempt by the writer to capture the essence of the multi-dimensional experience of living in a huge Indian city. The gripping narrative makes the book an exciting book for anyone who loves fast-paced action.

A Fine Balance by Rohinton Mistry: 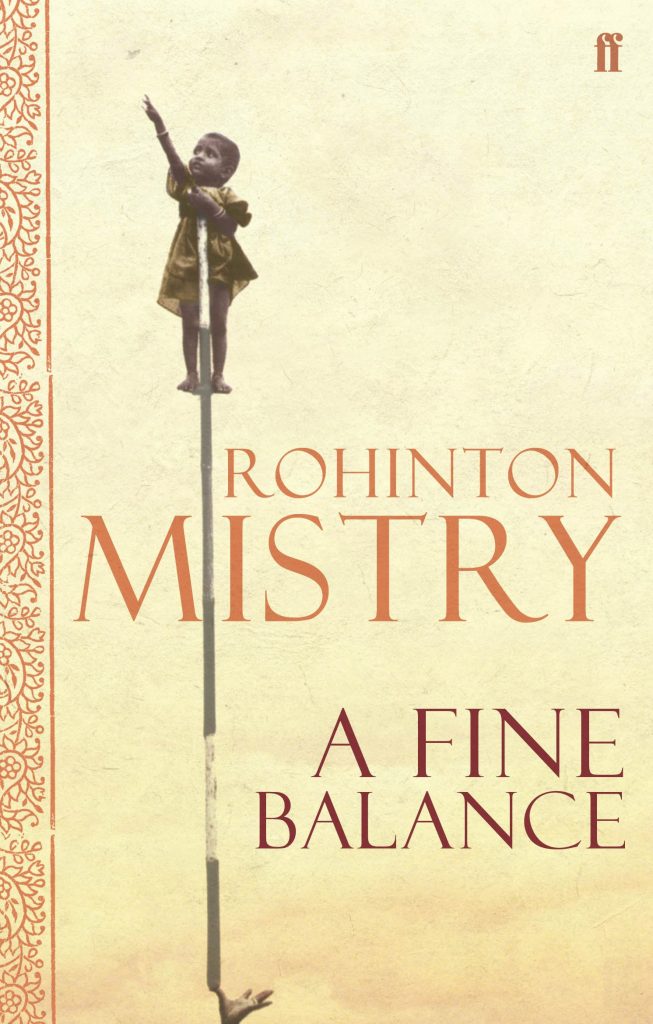 This is a modern novel that is set during the “The Emergency” declared in the early 1970s by the then Indian Prime Minister Mrs. Indira Gandhi. The control of the narrative style and metaphorical language used by the author are exquisite. The impact of the general political turmoil and curtailment of freedom of expression in the lives of the four key characters is brought out very well by the writer.

This is an acclaimed Indian novel by Rushdie that fetched him the Man Booker prize. The story is set in the backdrop of the partition of India. He uses the fine framework of enchanting realism to unfold the tale of a boy born at midnight of August 14/15, at the exact moment that the country becomes free from the long era of British Raj. It is the story of people and a nation and makes it a great work of modern Indian fiction.

2 States: The Story of My Marriage by Chetan Bhagat

The central plot of the best-selling novel by Chetan Bhagat has two well educated MBA graduates who decide to get married. The big hurdle is that the students are from two totally different cultural background and their parents strongly oppose the match. The contemporary novel brings out the clash between generations in a tense and yet entertaining manner. 2 States is an enjoyable read, offering a perceptive account of ‘generation clash’ in contemporary India.

This is an Indian born British writer Anjali Joseph’s first novel. It probes the generally taboo subject of being a homosexual in the traditional Indian society. The novel presents the mental and physical anxieties and college student who is just 19 and his relationship with a boy at the same college. The topic is a bold one but the writer handles the subject quite well.

This is a novel that lends itself to a lighter session of reading. It is packed with a lot of humour and lighter moments. The tale is set in a swanky part of Delhi, the capital of India. It present is a hilarious and delightful ways the odd and quixotic behaviour of a retired judge of the Supreme Court of India and his five pretty but spoilt daughters 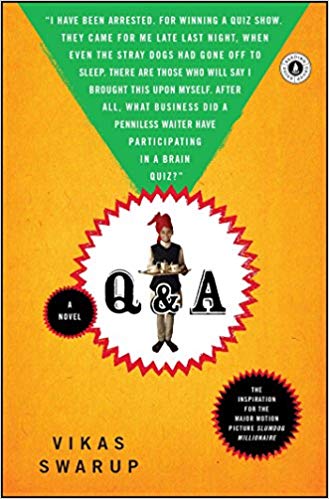 This novel, written by an Indian diplomat,  presents the rags-to-riches story of a young waiter who goes on to win the biggest Quiz Show in history and become very rich. But it that is not all. Soon the hero lands himself in prison on the charge of cheating. The novel won a nomination to the Commonwealth Writers’ Prize. It was adapted into a very popular and Oscar award-winning movie ‘The Slumdog Millionaire’. Anyone who has heard of or seen the film will love to get the book as a Christmas gift.

Twilight in Delhi by Ahmed Ali:

This is in a sense a historical novel published in 1940. The novel presents the Delhi of the 1910s with special reference to the life of the Muslims living in the old sector of Delhi at that time. The novel also traces the declining years of the Mughal emperors and their era and the growing impact of the British rule on the Indians in general and the Muslims of Delhi in particular.

The Palace of Illusions by Chitra Banerjee Divakaruni:

This is an award-winning novel authored by Chitra Banerjee. The book adapts the Hindu epic Mahabharata and presents it in an innovative form from the point of view of Draupadi’s (Panchaali’s). The writer provides a lot of modern twist to the traditional story. She creates a world that is magical and packed with some history and some myths. It presents the central character of Draupadi as a woman struggling in a powerful and uncompromising patriarchal society.

The novel is a deep study of the life of the protagonist Parvati. She is young and, beautiful but cannot find true love. She was orphaned when she was a teenager and is adopted by an uncle who is a headmaster. But her marriage is not a happy change for her. It is a new prison. The other key character is Mukul Nainwal, who as a young man loved Paravati. The novelist brings out the emotions of unrequited love and the tragic ironies of life in a very delicate and sensitive manner to make the novel a tender one to read and enjoy. It will be a good choice as a gift to a dear one.

Cutting For Stone by Abraham Verghese

This 2009 novel is by a successful physician and medical professor of Indian origin, who works in America. The key characters are a pair of twins, Marion and Shiva, whose parents are of mixed origin – an Indian nun and a British surgeon. The twins soon become orphaned as the mom dies and the dad disappears.  The tale is set in Ethiopia and New York. It brings out in a clinical fashion the family relationships, betrayal and the medical world. The book has already sold over a million copies and makes for racy reading.

The Ibis trilogy by reputed Indian writer Amitav Ghoshis a great set of three historical novels. The setting of the novels is in the first half of the 19th century. It touches upon the infamous opium trade that was carried on between India and China, by the East India Company and the equally shocking trafficking of cheap labour to Mauritius.

The name of the series is derived from the name of the ship Ibis, where most of the key characters meet initially. The ship sets off from Calcutta carrying indentured laborers and convicted criminals. The destination is Mauritius, but on the way, the ship is struck by a storm as well as a mutiny. The novels cover a lot of intense struggles and involve a wide range of characters of different nationalities and cultural backgrounds. The trilogy makes great reading with its racy narrative style and a fine blend of fiction and history.

Indian novels, as indicated by the selection given above, present a wonderful depiction of the rich and varied cultural heritage and social ethos of the fascinating Indian sub-continent. These are excellent novels to choose from as gifts at the festive season of Christmas. They would provide hours of absorbing and enriching reading experience.