Christmas , as it stands today has special significance not only in religious books but also in history. So we have some trivia about Christmas for you . Here’s an interesting story about Christmas and Kind Herod. 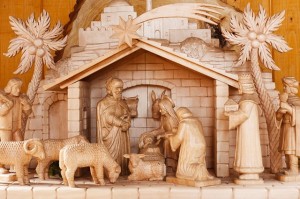 At the time of Jesus’ birth, Judaea was under the rule of King Herod. Herod was born in 73 B.C. to  an Idumean named Antipater and his wife named Cyprus. Harod was an opportunist and rose to power while taking advantage of the Roman political unrest. Herod became close to Octavian who later on became the famous Roman emperor Augustus Caesar. Herod came to power and developed the Jerusalem city to an important trading hub and also developed a port city Caesarea . Herod reigned for 37 years and died after Jesus was born.

In Judaea, Magi’s were known for their skill and wisdom. The same night that Jesus was born, three wise men were travelling across the desert when they saw a star shining very brightly in the sky. They tried to know it’s significance in numerous scrolls and chants . They understood it as the sign that the King of the Jews has been born. The Three wise men went to King Herod to ask where the child could be found. The Birth of Jesus or the New King of Jews made Hing Herod uneasy. King Herod was afraid of losing his power and was intent to kill the newborn child. He asked the three wise men to look for the child and to inform him as soon as the child is found.

The three wise men set out in their search for the King of the Jews. Following the direction of the star, they also followed the prophecy by the prophet Micah about the birth of a Messiah in Bethlehem. They arrived at the manger in Bethlehem where they knelt down before the Son of God. They brought with them gold, frankincense and myrrh to offer to the Holy Child. Mary thanked them for their gifts and they left to look for a place to stay.

When they slept that night, an angel appeared to them in a dream and warned them of the King’s evil plot against the child Jesus. They understood if they told Herod about the child he would kill him. They went back to their country in a separate path but they did not tell King Herod where Jesus was. Jesus’s stepfather Joseph was also warned by the Angel. The same dream occurred to Joseph where the angel told him to take Mary and his child flee to Egypt because King Herod was out to destroy the child.

King Herod waited for the arrival of the wise men but when they did not reveal the location of the child he sent his men to kill all baby boys within the age of Two years in Bethlehem and in the vicinity thinking one of them must be Jesus. However, King Herod did not succeed as Joseph had already taken his family to escape into Egypt.

According to Jewish historian Flavius Josephus , King Herod died a painful death due to his painful and debilitating disease that caused severe breathing problems, rotting of his body, worms and convulsions. According to the story Joseph returned only after the death of Herod. Herod was known as a brutal man who killed his father-in-law, several of his wives, two sons and others to make himself the king. But he died a painful death at the end. His son, Herod Antipas was one of the conspirators in the trial and execution of Jesus.